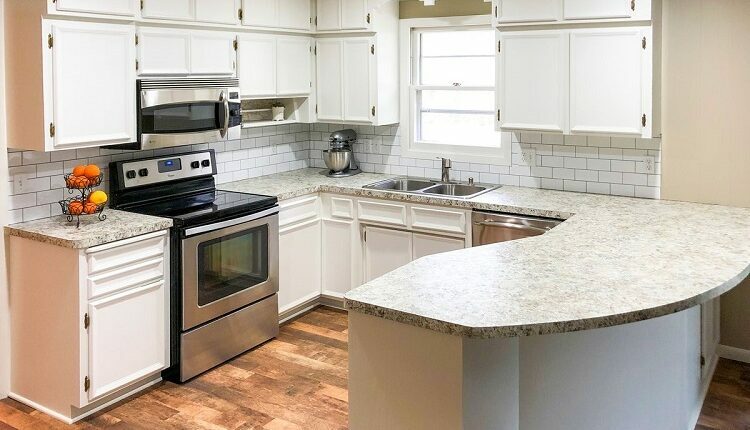 Insider interviewed several experts to discuss a DIY hack for renovating a kitchen countertop, which has become an internet sensation. TikTok user and food blogger, Melissa Mondragon shared a TikTok video in which she and her husband renovated their kitchen countertops using a DIY kit that cost just $180! In that Mondragon outlines how the couple achieved this by making a very convincing faux-marble cover to put on top of their granite tabletops. Thi story is especially exciting because the couple have no interior design or contracting experience. “If they can do it, why can’t I?” is something that many people hoping to renovate their kitchens, have been asking of themselves.

However, many people are very skeptical that they or anyone without a high degree of artistic skill, could recreate this hack, with experts stating that many attempts at DIY hacks go awry.

The TikTok video shows the couple first painting over their countertops white, and then painting on the marble veins before topping that off with epoxy, which is used to seal everything together. The entire project took four days to complete and the couple, in a separate interview with the Insider, said that the hardest part of the process was painting on the veins because of the pressure of making it look aesthetically pleasing. The video, which has garnered over 43 million views, continues to gain interest.

Many of Mondragon’s followers, according to the Insider, were very enthusiastic about the hack, but others were aghast at what they considered an artistic crime: painting granite. The mixed reactions did not bother Mondragon, who says she realizes that it helps make her video go viral.

Mondragon said one of the reasons she needed to renovate her countertop was that she needed a neutral, clean-looking countertop, which would meet her needs as a food blogger and the aesthetic sensibilities she has developed in her work in photography.

One expert interviewed by the Insider, Melissa Maker, the founder of Clean My Space, says she understands why so many people are outraged over the couple painting over granite, but agreed that the hack was a good way to bring some life back into a space without having to buy a new countertop.

The couple moved into their home half a year ago and Mondragon was never very enthusiastic about the granite countertop.She took matters into her own hands and decided to refresh her countertop space prior to a larger renovation planned for later in the year.

Encouragely for others, Mondragon says that renovating their countertop was easier than she had predicted and it has a very professional look -something which everyone can agree is true.

It is important to know that the Giani Marble Countertop Paint Kit that Mondragon used becomes safe to place food on after around a week in which it will have completely cured.

In further interviews, other experts however continue to insist that the project is difficult for the normal person to do, given the amount of time it would take to prepare the surface, find the right kind of paint and properly seal the countertop. For those with more resources of less confident about their ability to replicate this hack, it may pay to visit a place like Legacy Countertops and find high-quality countertops to fit into your kitchen, especially that there may be a false impression of having made a saving if you take into account the time it takes to pull this off.

The Health Benefits of Valerian Root Tea and Caffeine

Matthew Davies Examines How to Handle the Psychological Effects of Moving

Quirky ways to beautify your garage on a low budget!