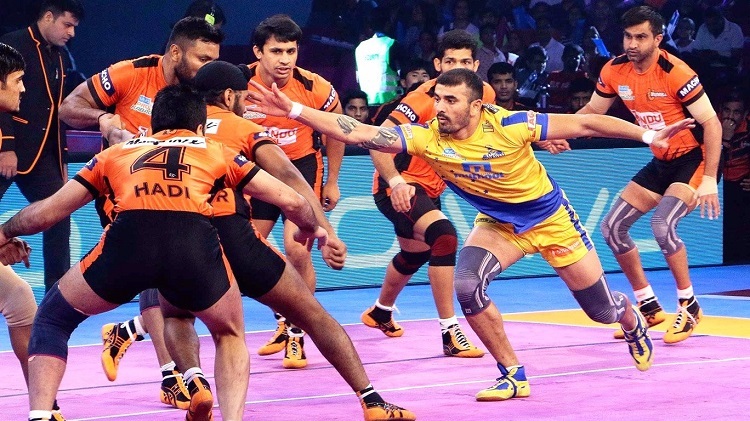 How to play Fantasy Kabaddi and what tips to follow

The sport of Kabaddi has its origin in India. This sport was commonly played in the streets of Indian rural areas but as it gained popularity, it is now being played on international levels. There are many Kabaddi tournaments conducted worldwide and some of them are Pro Kabaddi league, premier kabaddi league, etc. The tournaments conducted are gender-specific and age-specific. Now people who love to play kabaddi can participate online and win huge cash prizes. Fantasy Kabaddi gives you a chance to fulfill your fondness for the game of Kabaddi.

There are many upcoming tournaments for the sport of kabaddi in which one can participate. Various available platforms give you a chance to try your skills in the game of kabaddi. Before we talk about anything else, it’s good to discuss how to play fantasy Kabaddi. There are few steps to follow and they are written below.

Step 1- The first step is to select your game. In this, you have to select the game of Kabaddi.

Step 2- Next is to select the Match. Here you select the type of match you want to play. It can either be a face-off or you want to join as a leader.

Step 3- The next step is to create your dream team. In this you create a team by selecting players on the basis of their stats.

Step 4- Next is to choose the captain and vice-captain of your team. The right captain can help you earn 2x points and 1.5x points for vice-captain.

Step 5- One can join in with multiple teams and can increase their chances of winning.

Step 6- The next step is to join a league that you want to join.

These are the steps to play the fantasy Kabaddi fantasy league. After discussing the steps, now we can discuss some points or tips that one must follow before start playing Fantasy Kabaddi. These tricks or tips can really help players to win huge cash prizes. Following is the list of Tips or tricks discussed.

2. One can also identify the line ups of previous matches as it will help in knowing the frequent presence of the players and also about who is likely to start first.

3. One should always keep himself updated about the player’s related news. Sometimes a player is put to rest because of injury so selecting such player in the game is a complete waste.

4. The players who start the game help you earn 4 fantasy points and substitutes earn 2 points.

6. There are players who are both good raiders and defenders, so it is always advised to select such players in the team.

7. Players can also select only raiders and that also 3 in number.

8. There are some players in the game who you cannot ignore. These are players who steal all the limelight as they are the good starters and they also earn higher points per game

9. There are some players who are called as main attractions of fantasy games. Not selecting them in the team will have an adverse impact on the game and will take you to a more risky position in the match. Therefore, the player will end up losing from the opponent team.

10. It is recommended to spot the differentials. It means many teams ignore players and these players can help you earn higher points. Watching every match of the game can help you spot those players and you can select them in further games. Sometimes there are chances that the players who are out of form (the reason could be any) may come and hit back hard. So spotting such players can really put you in advantageous positions.

11.The participant should always be careful while selecting the captain and vice-captain of the team. Like discussed earlier the raiders help us earn more points than those of defenders so selecting raiders as your team’s captain and vice-captain would be really beneficial for the win against the opponents. The rest also depends on the type of game you are expecting, if the game is defensively low scoring, you will get a few points only.

12.Apart from the above written other key points to consider before the match is-

13.Sometimes overthinking and over calculations does not help you get your desired results. So it is better to rest everything on luck and play with your gut instincts.

14.Always keep yourself updated about Kabaddi. There are many websites that give you complete information about which player is in the best form, who is injured etc. referring those statistics can help you make better decisions for your team.

15.It is recommended to look for players who play different roles. These are the players who can really help the team to save from the adverse situations and place you on the winning edge of the match.

These are the tips and tricks that players must follow before playing the game. These tricks can assure you success if thoroughly implemented. One can place himself on the winning side by following all these tricks and can earn huge points with these wise moves.

Carmem Rosa develops breakthrough articles writing campaigns as a professional writer and publisher. She innovates everywhere, and each breakthrough she makes improves people’s lives through her writing. She is committed to making the world a better place.

Watch online Movies and TV shows on Sites like Yo-Movies

How to Find a Star Plastic Surgeon

Your Guide to Cosmetic Dentistry

Low Back Pain Draining You of Peace? Here are Simple Ways to…