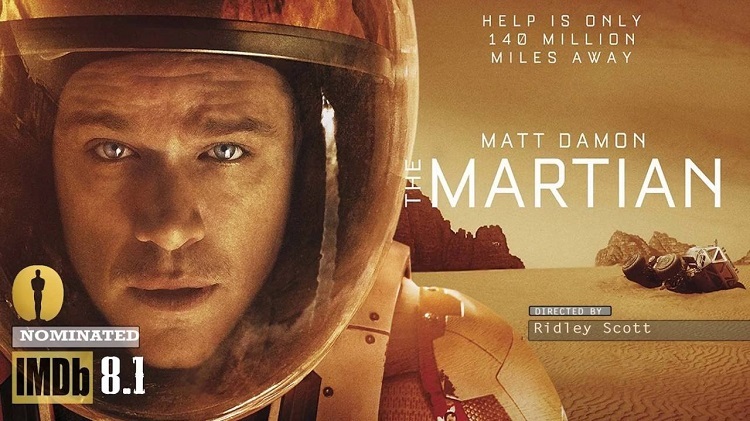 Every year Hollywood produces hundreds of films, but only a few are good enough to win the prestigious Oscar Award, which marks the best cinematic works of the year in different fields and pays tribute to the most distinguished movies of the year in a majestic, televised ceremony.

So here is a list of 4 Oscar-winning movies that you can binge-watch during the weekend:

The winner of 3 Oscars including, ‘the best actor’ award that was fairly won by ‘the Don’ Marlen Brando. The God Father is considered one of the greatest mob dramas in the history of cinema and influenced many movies of this genre.

The story of The God Father follows the steps of Vito Corleone, a feared Italian Mafia leader, as he deals with violence and continues betrayals to gain power and dominance. Michael, the Don’s youngest son and whom he hopedwould stay away from the family business, unwillingly sinks into the illegal acts of those who surrounds him. We follow the changes of Michael, who drastically turn from a hopeful college student who wants nothing to do with his family’s suspicious work to become the new Don who brutally eliminates his enemies.

The recipient of six well-deserved awards at the 76th Oscar awards in 1995 including, best picture, best director, and the best actor award that went to the brilliant Tom Hanks.

This movie is guaranteed to put you on an emotional roller coaster as it follows the path of the simple-minded ‘Forrest Gump’, who sees the world in a very different way. Along the course of the movie, Forrest unexpectedly goes from a bullied child to someone who managed to achieve so much while searching for the love of his childhood.

Portraying J. R. R. Tolkien’s masterpiece in the most fascinating way the third part of the fantasy trilogy ‘The Lord of The Rings’ managed to snatch all the 11 Oscars it was nominated for in the 76th Oscar ceremony in 2004, including the best director award that went to Peter Jackson. Joining ‘Ben Hur’ and ‘Titanic’ as the winners of the highest number of Oscars in history.

The winner of the ‘best picture’ award will take you on a breathtaking trip into the last chapter of the journey of Frodo, the carrier of the ‘Ring’ that the future of Middle Earth relies on its destruction.

The brilliant acting and detailed graphics will immerse you in the moments of despair Frodo and his friends live in the movie and will quickly fill your heart with joy as our heroes manage to save the future of middle earth and mankind.

Slumdog Millionaire was the star of the 81st Oscars, winning a total of 8 awards out of 10 nominations including the best director, best picture, and best adapted screenplay.

The movie goes back and forth in the tearful life of Jamal Malik, played by Dev Patel, who is few questions away from gaining a fortune by winning the Indian version of ‘Who Wants to Be a millionaire’. In the movie Jamal gets several flashbacks that explain how he got to be on this popular show; he recalls several incidents from his childhood in the slums, the death of his mother, and separation from his childhood sweetheart.

Have the Most of Your Dental Appointment with Expert Services